Last weekend, Dustin and I were able to go to Austin for the Girls State Basketball Tournament. We had a fun-filled few days!! We left on Wednesday afternoon, watched 18 basketball games in 3 days, then came home on Sunday. We got to see lots of great basketball, eat WELL (without a 2-yr old reaching on my plate every 5 seconds), see the capitol, and do LOTS of walking! We mostly ate at the 2 restaurants within walking distance of the Super Drum, but did leave Friday between the last 2 sessions to go to Pappadeaux. I LOVE that place!! We walked to the capitol to pass time during a break on Saturday and had fun sitting outside and enjoying the awesome weather! But by far, the most exciting thing we saw was a 6'8" girl from Houston that could dunk it. Rather, I should say SLAM it with AUTHORITY!! I've never seen anything like it! The entire Super Drum of probably 8,000 people went CRAZY! She has signed to play for Baylor next year, so if you keep up with Big 12 Women's b-ball, you will be seeing more of her. Her name is Brittney Griner. I know there was some You Tube footage on her, and I believe ESPN even did a story on her. Oddly enough, her team lost in the finals. They just didn't have anyone but her and the opposing team had a couple of 6-footers that double teamed her. She had 44 points the first night and 19 the second night and goodness knows how many blocks and rebounds!!

Here are a few pictures I got of the 6'8" girl dunking. They're not great...just taken with a point and shoot camera, but you get the idea... 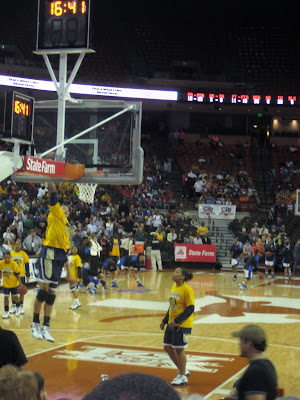 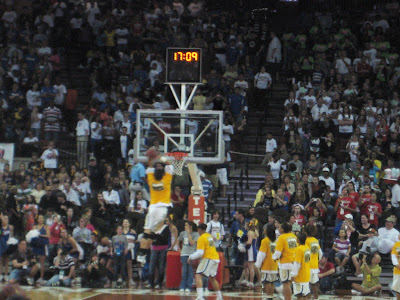 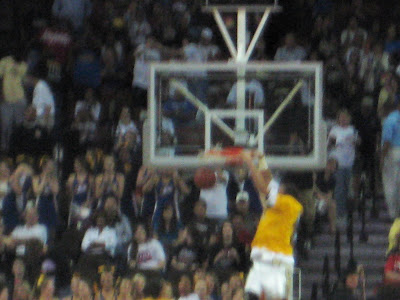 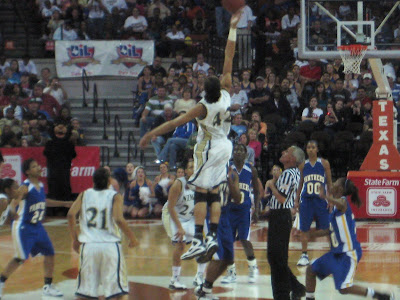 I had to take a picture of this van Dustin and I saw while walking after lunch one day...hilarious! Please notice that the window is up! 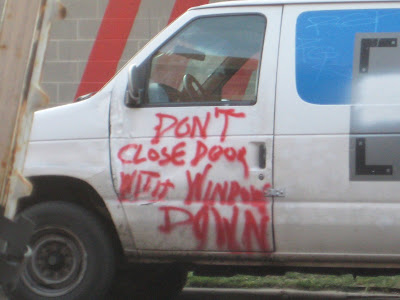 Now, onto some Taylor updates. I know this will surprise most of you (ha-ha), but my daughter has become quite the little ham! :-) She loves to pose for pictures and make funny faces. She loves her jewelry and dress up clothes and anything princess!! I think this next picture of her proves my point exactly! 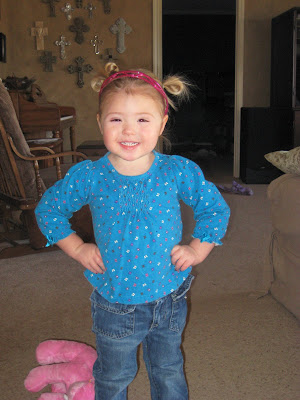 It's funny, though because although she is MAJOR prissy, she also likes to play rough, get dirty and be ornery. She's such a crazy little girl!
All throughout basketball season, Taylor loved singing the National Anthem at the basketball games. We also have a CD of the Cactus Cuties (whom she loves) singing it that we have to listen to all the time. No matter what we are doing, if she decides to sing it, you have to stand up and put your hand over her heart. She's really starting to pick up on a lot of the words. Here she is one day dressed up and singing it for me. 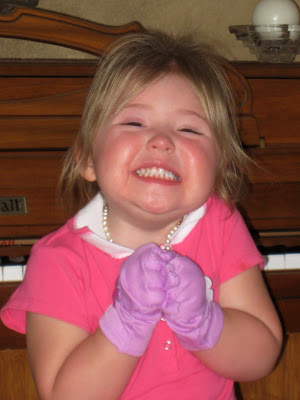 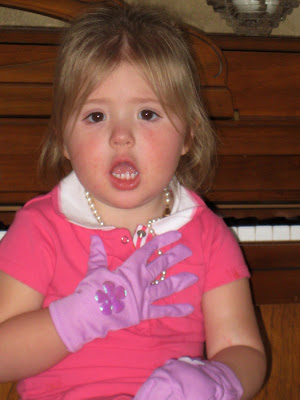 The best part of her singing the National Anthem is how she confuses some of the words. Here is parts of the song as I hear Taylor sing it...
Jose can you see
By the dollars eve light
What so proudly we hailed
At the twilight's last gleaming
Whose bright stars and bright stars (she insists on singing it this way)
Then she skips to the end...
Ore the land of the THREE
And the home of the BRAIDS!!!
I love it! She totally cracks me up! The girl LOVES to sing and knows so many songs. She's actually starting to carry a bit of a tune and some of her songs are understandable.
Also, her Aunt Lindsay and cousin Britten are in town for a few weeks. Taylor sure loves her cousin. They get along MOST of the time and it's fun for them to play with each other. I took them to Legacy Play Village the other day. They both had to wear their sunglasses...too cute! 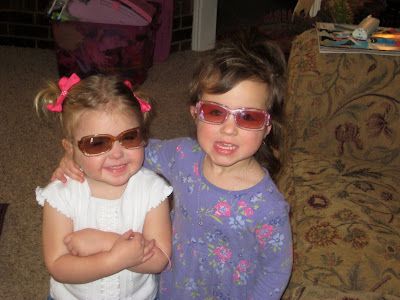 They could see each other in the sunglasses...too funny! 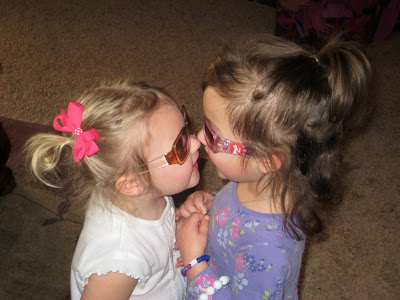 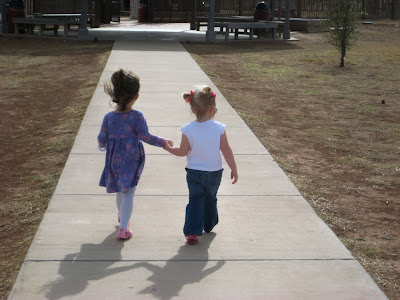 Posted by Dustin and Allyson Wall at 1:03 PM 6 comments: